“Return to the Roots”

The key objective of the Nineveh Reconstruction Committee-USA (NRC-USA) is to obtain US Government funding to resettle up to 100,000 Iraqi Christians on the Nineveh Plains. NRC-USA defends and promotes their right to return to their ancient homeland after spending more than three years as IDPs in Kurdistan in the wake of the capture by ISIS in summer 2014 of Nineveh’s nine Christian towns and villages.

NRC-USA calls upon the US Government and other Institutional funders to commit to and support the Nineveh Plains victims of war and genocide.

Aid by faith-based agencies is insufficient to fund the repair and rebuilding of thousands of family homes as well as schools and hospitals; the repair and reconstruction of the region’s water and electricity infrastructure; and the rekindling of the local economy.

In the summer of 2014 ISIS captured Mosul and the Nineveh Plains, forcing more than 120,000 Christians into exile overnight. For the past three years, they have been hosted by the Chaldean Archdiocese of Erbil in Kurdistan. For three long years, the IDPs have been fed, housed and provided with medical care thanks to the support of faith-based agencies — such as Aid to the Church in Need and the Knights of Columbus, which, combined, contributed well over $70M. 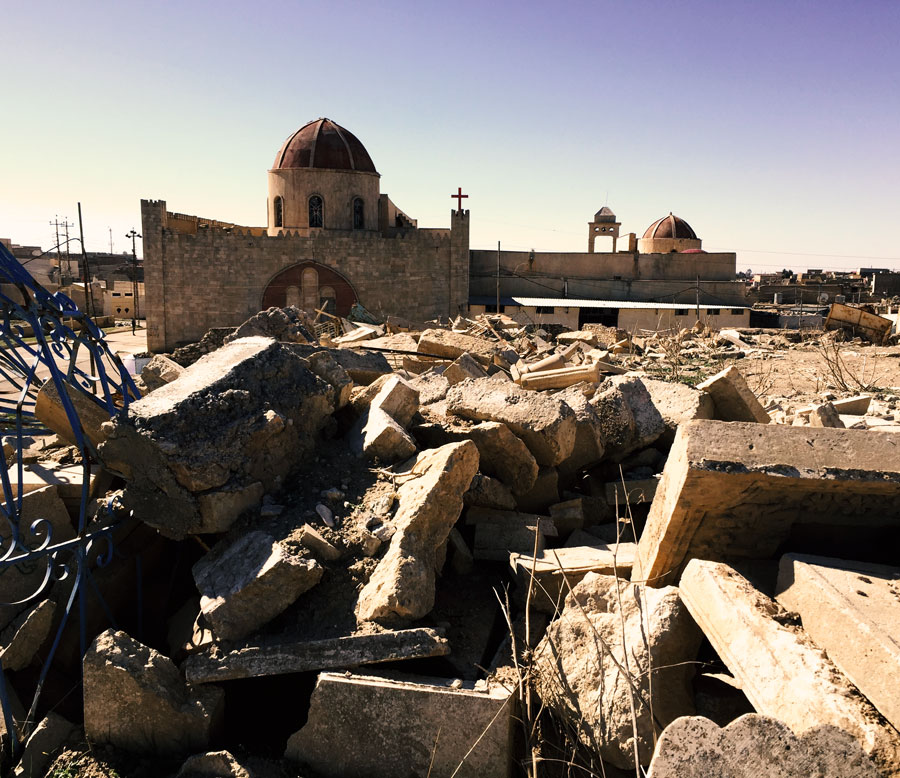 Faith-based agencies alone cannot provide the massive funding needed to ensure the reconstruction of the Nineveh Plains—the repair and rebuilding of thousands of family homes as well as schools and hospitals; the repair and reconstruction of the region’s water and electricity infrastructure; and the laying the foundation for the rekindling of the local economy. Equally important is the urgent need for the US and other world governments to ensure the security of the Nineveh Plains.

NRC-USA was created to urgently and persistently petition the US Government to help fund what some refer to as the ‘Marshall Plan’ for the Nineveh Plains. If the US and the world at large, along with Iraq and other regional powers, fail to act, Christianity will disappear from Iraq.

The mission of the Nineveh Reconstruction Committee-USA (NRC-USA) is to defend, nurture and redevelop the Nineveh Plains communities who have been victimized by ISIS.

Our primary objective is to obtain significant funding from the US Agency for International Development (USAID) and other Institutional funders.

Such funding will allow for the rebuilding of nine Christian towns and villages on the Nineveh Plains, ancient territory where Christians have lived for many centuries.