The Nineveh Reconstruction Committee-USA (NRC-USA) is a is a 501(c)(3), non-profit organization based in Washington DC. NRC-USA’s objectives are to promote greater awareness of the plight of Christians of the Nineveh Plains, and to secure funds for their resettlement in their ancestral lands.

NRC-USA, a partnership between the Knights of Columbus and Aid to the Church in Need, aims to facilitate the work of the Iraq-based Nineveh Reconstruction Committee (NRC). NRC represents the three major denominations who were exiled from their homes and lost their properties in nine Christian towns and villages on the Nineveh Plains following the invasion of ISIS of the region in the summer of 2014.

The three denominations of the Nineveh Plains—the Chaldean Church, the Syriac-Catholic Church, and the Syriac-Orthodox Church—have come together to speak with one voice and support one cause; the return to the roots of their communities.

Christians and other Iraqi minorities, such as the Yazidis, have been largely kept from access to relief funds distributed to Iraq by the US government, the UN and other international institutions. NRC-USA endorses HR 390, the Iraq and Syria Genocide Relief and Accountability Act. Passed by the US House of Representatives in spring 2017 and recently advanced by the US Senate Foreign Relations Committee, the Act compels the State Department to commit significant funding to Christians and other minorities who have been victims of genocide at the hands of ISIS in both Iraq and Syria. The bill awaits Senate approval. 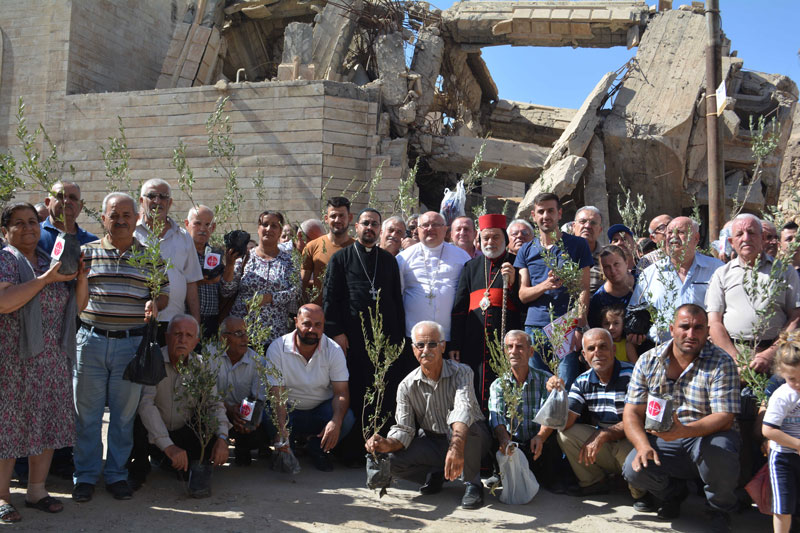 Even without the Senate passing the Act, substantial funds are earmarked for humanitarian relief and the funding of development work to benefit victims of war and terror in the region.

NRC-USA makes the case that the funding sought does not serve religious purposes but purely humanitarian objectives, which happen to be key to the survival of Christianity in Iraq. Funds will be used to rebuild the nine Christian towns on the Nineveh Plains and allow for the return of up to 100,000 Christians who have been living in exile in Kurdistan for the past three years.

The mission of the Nineveh Reconstruction Committee-USA (NRC-USA) is to defend, nurture and redevelop the Nineveh Plains communities who have been victimized by ISIS.

Our primary objective is to obtain significant funding from the US Agency for International Development (USAID) and other Institutional funders.

Such funding will allow for the rebuilding of nine Christian towns and villages on the Nineveh Plains, ancient territory where Christians have lived for many centuries.